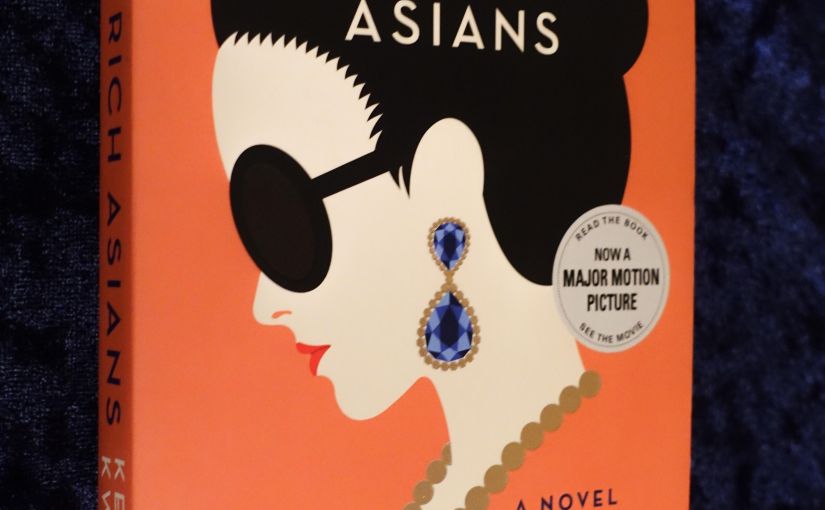 “Carol simply felt obligated to attend a few charity galas every week as any good born-again Christian should, and because her husband kept reminding her that ‘being Mother Teresa is good for business.'”

I wanted to like this book.  I wanted to love it, and reread it again and again.  But I would have settled for liking it.  There are only two reasons I finished this one, and the other two in the series.  1) I’m a book junkie, as we’ve already established, and 2) I was stuck in the Chicago airport overnight after a concert, because my Airbnb cancelled on me.  As in never sent me the door code and was completely MIA during the 24 hours before that I tried contacting them.  Anyway, long story short, I was stuck in a sketchy Starbucks inside of ORD with limited phone battery and three books.

So, sit down, and I’ll put a pot on.  We’re about to spill the tea with this book summary.  It was that dramatic.

Rachel Chu’s boyfriend Nick Young invites her to his best friend, Collin Khoo’s wedding, and to meet his family in Singapore.  What poor unsuspecting Rachel doesn’t know is that Nick Young is considered to be the heir to one of Singapore’s richest families, and the claws of the Asian jetset are about to come out.  Everyone assumes that she must be from one of the rich Chu families, but she’s proud of her single mother who immigrated to America and scraped out a living for them.  As she should be.

Eleanor Young, Nick’s mother, has been plotting and scheming his entire life to make sure that he’s the heir to his grandmother’s estate.  She’s not thrilled that this girl shows up out of nowhere and essentially threatens her life work.  For her 3rd person POV, she does everything she can to mitigate what she considers to be the damage.  With me so far?

Astrid Leong, megarich heiress and Nick’s cousin, is struggling with marital problems.  She holds a good portion of the book on her own, and is almost never shown with Nick and Rachel.  Oliver T’sien spends the whole book plotting for his own benefit.  Alistair Cheng is naive and in love with a tacky actress, Kitty Pong, who, to Eleanor’s dismay, makes Rachel look like a saint.  Eddie Cheng is, along with being the most annoying character ever written, a conceited social climber with a superficial personality to match.  He’s extremely abusive to his wife and children in his quest for perfection. AND ALL OF THESE STORYLINES ARE HAPPENING AT THE SAME TIME IN THE SAME BOOK.

Suffice it to say, it was confusing to read.  The different storylines played a part in that, but so did the constant footnotes to translate words in different languages.  Personally, I prefer being able to infer the meaning of a word from the writing around it than having to stop every few minutes to figure out what it means.  It really disrupts the flow of the story.

The cultural and food descriptions were the best parts of this series.  Seriously, I was practically panting at some of the food they got to eat.  I absolutely plan on doing a Crazy Rich Asians themed dinner night.

Aside from that, this book was fairly annoying to get through.  The inconstant narrators kept cutting off storylines like it was rush hour traffic, and the hyperbolized characters were shallow, dramatic, and boring at the same time.  There were maybe two unpredictable twists in the whole book, and that was only because they were dropped in out of nowhere.  Also, Eddie Cheng’s choice curse was “fucky-fuck” and quite frankly, as a lady, I was offended, but as a decent human being, I was totally prepared to strangle the character through the pages if he said it one more time.

This is the one, and perhaps the only story, that I believe that the movie was better than the book.

Do you agree? Want to change my mind? Comment below! Maybe there’s something I missed the first time around.

Voice actor. YA book blogger. Lover of literature. Overall nerd, and proud of it. View all posts by Lissa

This site uses Akismet to reduce spam. Learn how your comment data is processed.